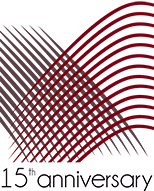 Yesterday in China online buyers did not sleep. The results:14,3 billion in sales during the Singles´ Day show the purchasing power of China.